Menu
Get in touch now

Menu
Get in touch now

The amount of interest on additional tax claims is unconstitutional

In a long-awaited ruling, the Federal Constitutional Court ruled that interest of 6% annually / 0.5% per month for back tax claims and tax refunds is unconstitutional.

The legal background of the interest according to § 233a AO

In §233a AO, the interest on back tax claims and tax refunds is regulated. The principle of full interest applies, i.e. the interest relates to the period between the occurrence of the tax and its assessment (usually through the tax assessment). However, interest-only accrues after an interest-free waiting period of 15 months.

This means that only taxpayers whose tax is only set or changed for the first time after the waiting period has expired are affected by the full interest rate.

Judgment of the Federal Constitutional Court

The BVerfG still regards this unequal treatment for interest periods up to and including 2013 as constitutional. As of 2014, the interest on additional tax claims and tax refunds will be unconstitutional.

The legislature was also obliged to adopt a new regulation by July 31, 2022.

For interest periods up to and including 2013, it applies that they are not affected by the unconstitutionality. Any appeals filed will probably be rejected. The interest periods 2014 up to and including 2018 are unconstitutional, but the previous legal situation is still applicable. Here, too, the rejection of the objections and the lifting of the provisional nature must be expected.   The established unconstitutionality only applies to interest periods starting in 2019. This means that especially with tax assessments from 2019 onwards, it must be ensured that an objection is lodged against the interest notice or that the assessment has been made provisionally with regard to the amount of the interest.
Nächster BeitragFederal election 2021 – check tax policy with the Steuer-O-MatNext 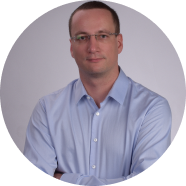